Alcohol abuse is dangerous for health

Since 1923 the distillery “La Grappe de Montpellier”, located on the Mediterranean coast, has been distilling the grape marcs brought to it by the great winemaking properties of the region. The spirits and the "Fines du Languedoc" produced in this way have for decades been promoting the region's traditional expertise, which goes back more than eight centuries.

Even today the great winemaking families of Montpellier still meet regularly to support the future of the distillery and to share the fruits of their production in a warm and friendly atmosphere.

With all the strength of the pioneering spirit that characterises the region, the distillery is continuing to write new pages in the history of the local spirits. New distillation techniques and the diversity of the grape varieties from the vineyards give even more impetus to this search for the new and the unique.

It’s in this way that the GM products have been created by our master distillers, offering new tasting horizons with a Mediterranean accent.

Montpellier the land of spirit

The cooperative distillery “La Grappe de Montpellier”, founded in 1923, is part of the historical heritage of the city. It has been acknowledged for a long time for its know-how in the manufacturing activity of brandies in the Languedoc area. 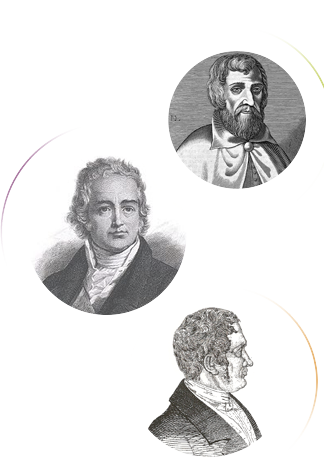 The first stills were used for manufacturing eye shadow known under the name of khôl. When Arabs began to distill wine, they named it “alkhôl”, « the subtle thing ».

Arnaud de Villeneuve, notorious Doctor who was teaching in Montpellier in the 18th Century, is said to be at the origin of the distillation process of the famous « eau ardente ».

In 1780, Jean-Antoine Chaptal, Professor of Chemistry in Montpellier, designed a still for the production of « trois-six ».

In 1801, the chemist Jean-Edouard Adam presented a new modern still to the Faculty of Medicine of Montpellier, for the production of Brandy.

Today, with a strong wish to value all this heritage, “La Grappe de Montpellier” offers you an innovative concept….

The “ultra premium” GM* brand symbolises the Grappe de Montpellier distillery, an emblem of its city, and conveys the qualities of France’s biggest winemaking region: A thousand-year-old vineyard supplying the grapes for the GM spirits, sun-kissed, echoing the mosaic of grape varieties and terroirs … An expertise inherited from the great names who have brought fame to the city of Montpellier, the historic home of beverage alcohols in France A region that embodies hospitality, gastronomy and the good life … It is the signature of an “ultra premium” range of products offering historic spirits identified with the South of France as well as more contemporary luxury alcohols. The GM brand guarantees the traceability of a production that starts with the care that the winemakers give their grapes and continues with the work on the marcs by our master distillers. They select and assemble the grape marcs before carrying out five consecutive distillations to produce superfine and naturally aromatic alcohols. We have made the choice of quality and of the identity of “Sud de France” for all our products. *GM for “La Grappe de Montpellier” and for “Grape Marc”.

I'm deeply attached to my town, to my vineyards and also to the values conveyed through sustainable development, and am leading La Grappe de Montpellier on the path of innovation.
The distillery, which has a great history and is proud of its dynamic metropolis, now has a calling to perpetuate this spirit uniting tradition, innovation and identity. This work is taking place within the regional group Grap’Sud, renowned for its innovations.
The GM vodka and the other products thus form part of a movement to promote regional products..